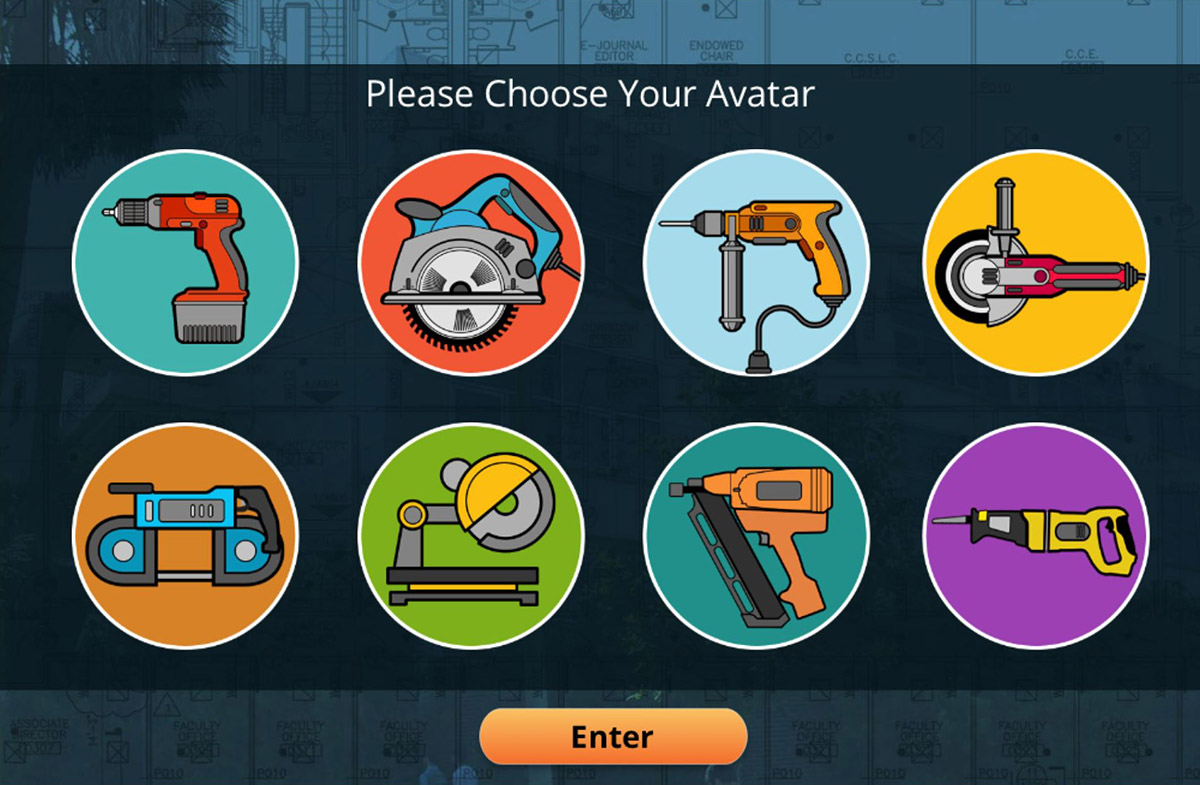 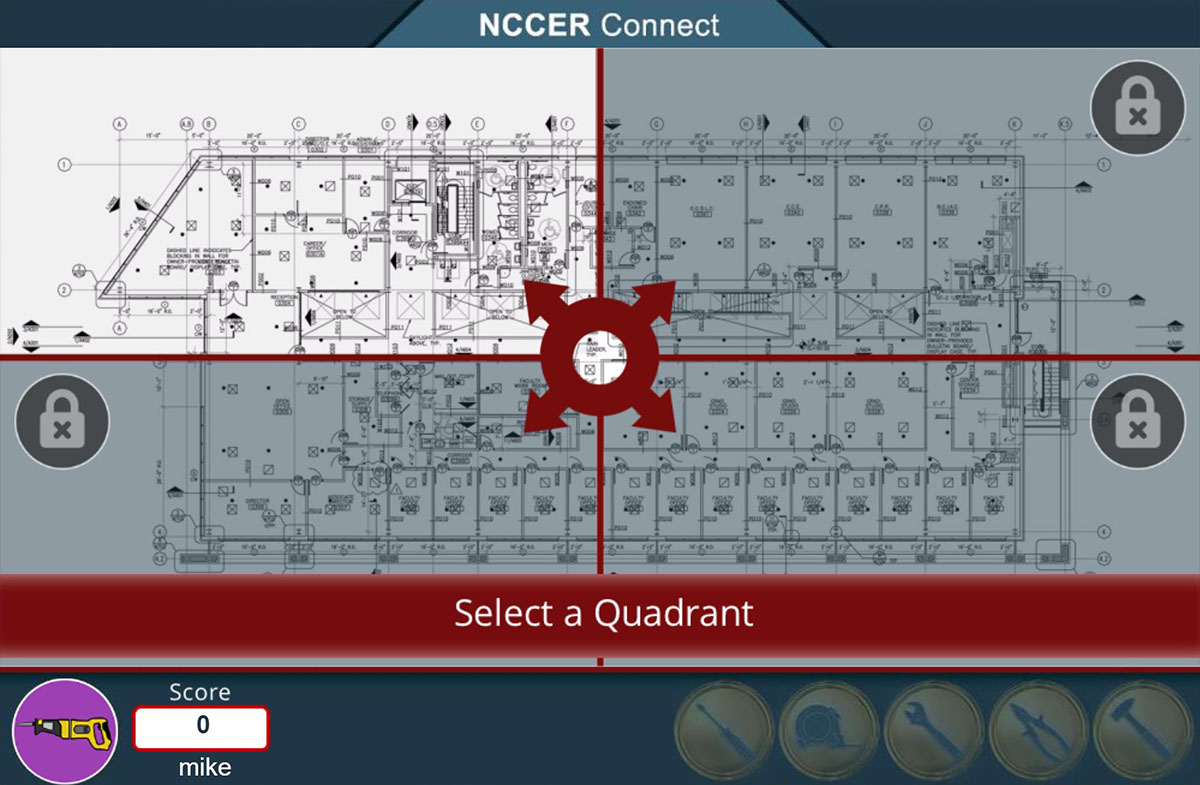 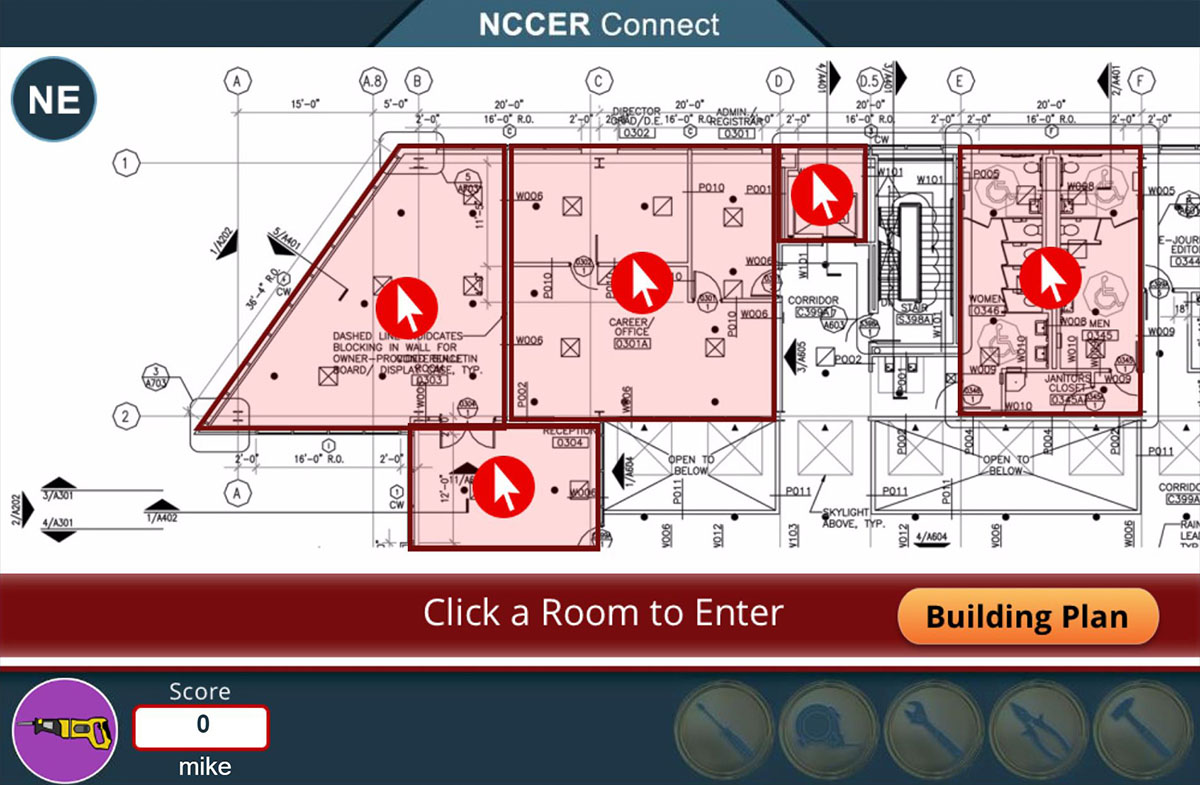 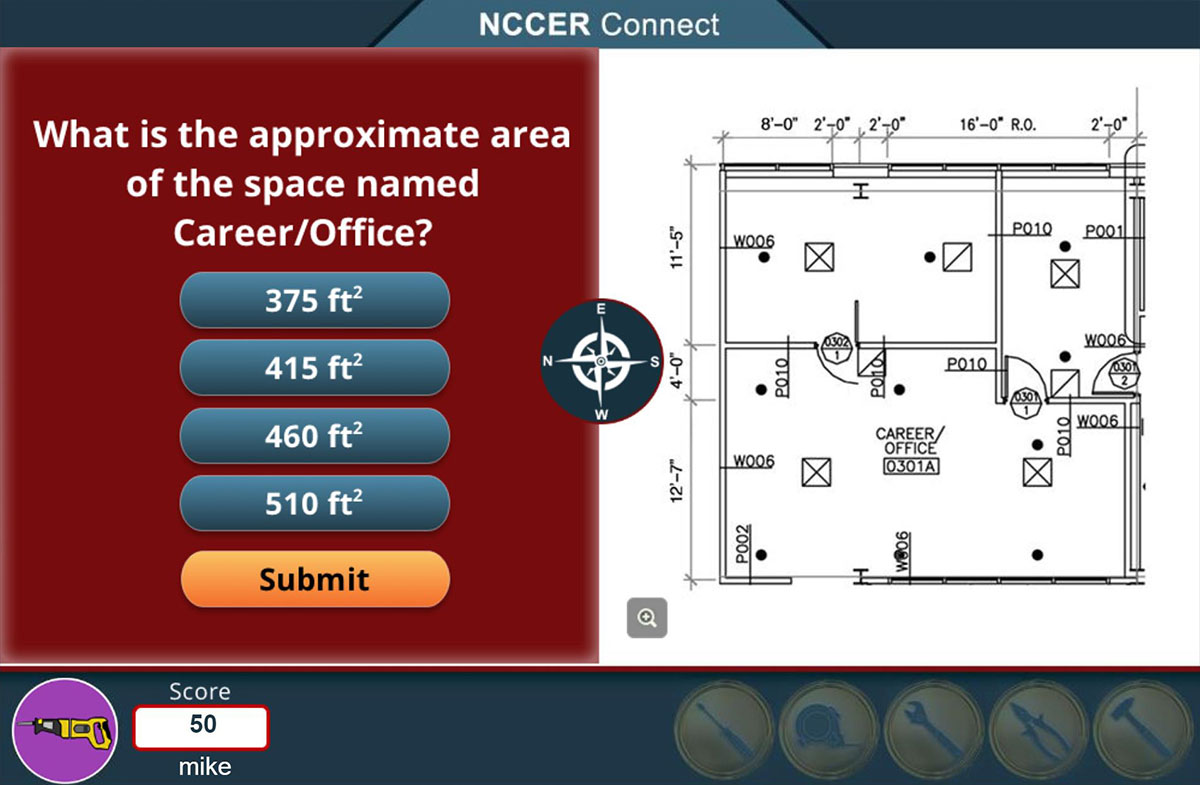 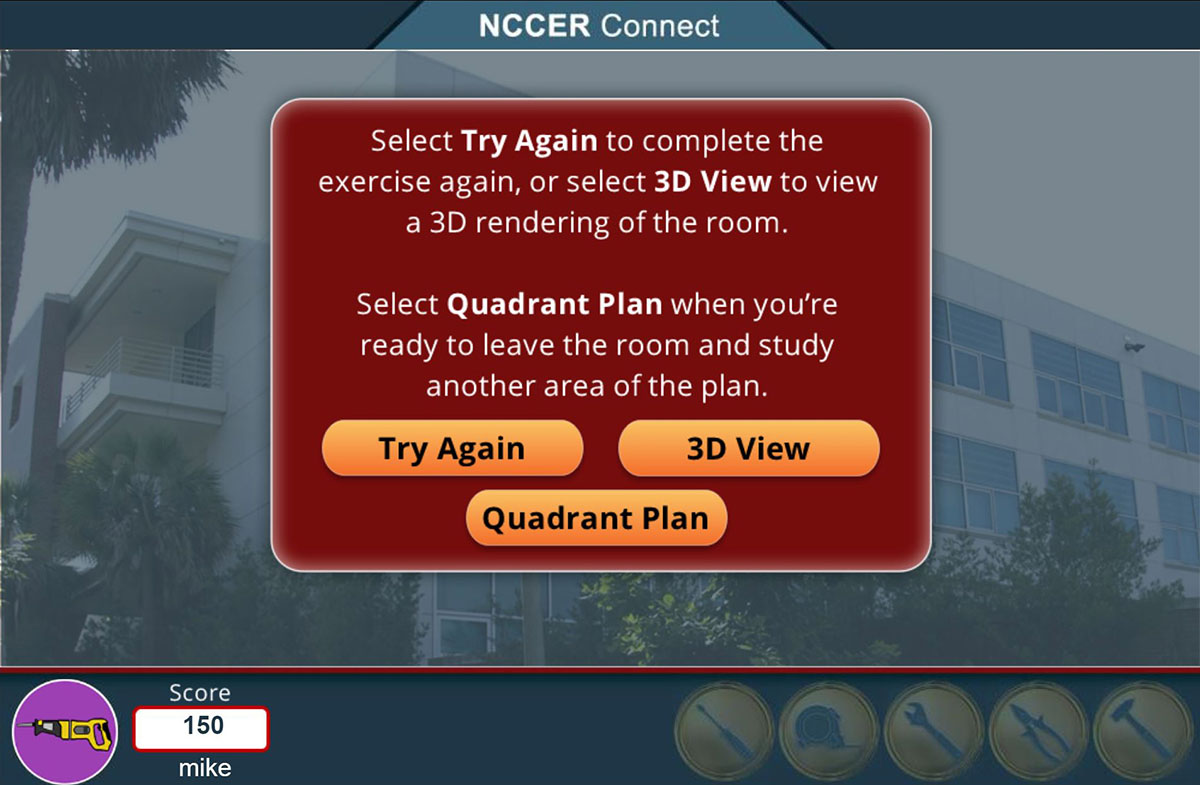 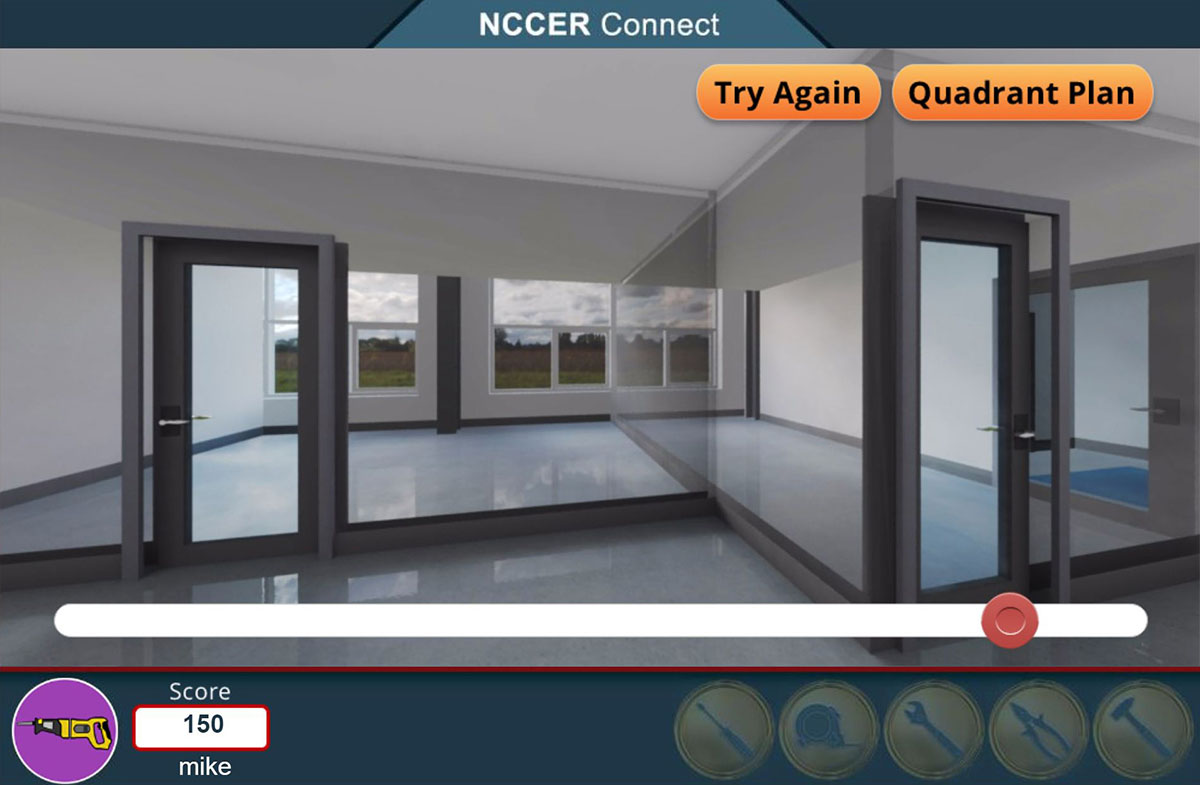 The Core Drawing Activity is a virtual testing scenario based on the architectural plans of the University of Florida’s Rinker Hall. The objective was to create a more engaging activity for the students than their current curriculum was providing and create a connection between 2d plans and 3d space.

To achieve this we created a game scenario testing students on various areas of the plans. Students enter their name and select an avatar to represent themselves, then they proceed to choose between different active rooms of the plan.

They are then presented with a series of questions based on each chosen room that they are scored on. At the end of each series of questions the student can view a 360 degree 3d rendering of the room they were just tested on, this was done to make the connection between 2d plans and actual 3d space.

To keep students engaged though out they gain star ratings and can earn a series achievement medals along the way, this coupled with music and sound effects create a more focused and fun learning environment for students.